In light of that news, Carnival’s brand ambassador John Heald revealed on his Facebook page that one of its current Galveston-based ships, Carnival Vista, will be moved to Port Canaveral in November 2023. “As you know my mates in Texas were very, very excited that Carnival Jubilee would be calling Galveston home,” Heald posted. “This is all part of our dancing of the ships and as you will see now we will move Carnival Vista to Port Canaveral in 2023/24.”

MORE: For The First Time in 10 Years, Royal Caribbean Sails From Los Angeles

The ship will offer Port Canaveral five, six, and eight-night itineraries from November 2023 into mid-2024. They are as follows:

These itineraries are open for booking.

Highlights of Carnival Vista include the SkyRide cycling attraction, a ropes course, the WaterWorks aqua park, an IMAX movie theater, and the Havana and Family Harbor areas exclusive to those who are staying in the Havana or Family Harbor cabins. 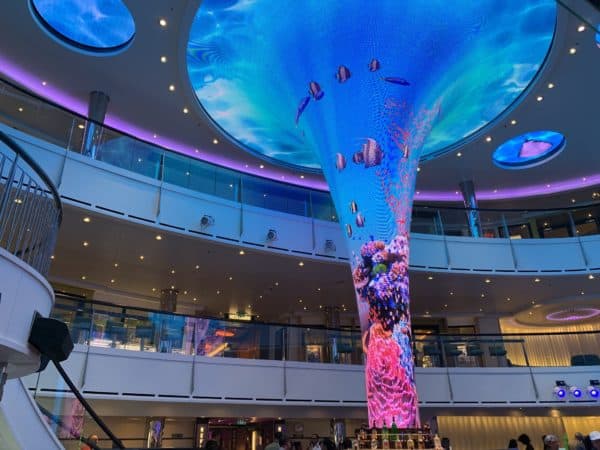 The Dreamscape LED funnel in the atrium on Carnival Vista

READ NEXT: Here’s How to Send Christmas Cards to Carnival Crew This Year

Send this to a friend
Hi, this may be of interest to you: Carnival Vista Will Move to Port Canaveral in 2023. This is the link: https://cruiseradio.net/carnival-vista-cruise-move-to-port-canaveral-carnival-jubilee-debut/