It was an evening to remember as godmother Vanna White helped welcome Carnival Cruise Line’s newest ship, Panorama, to the fleet. 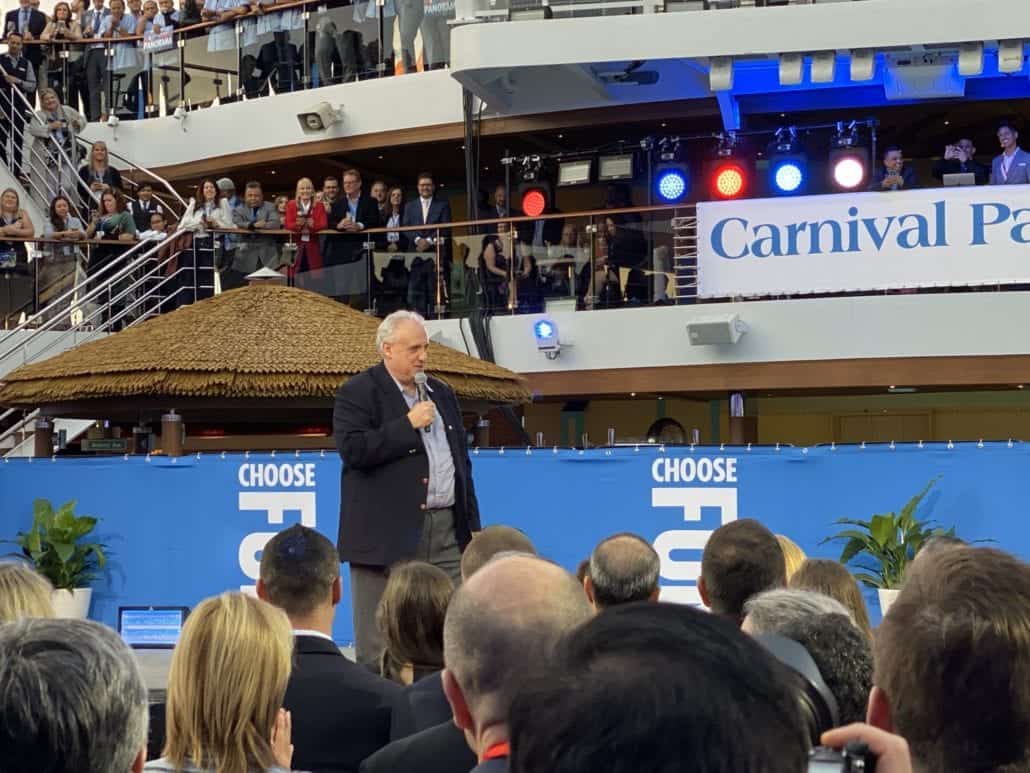 How They Revealed The Name

Given that Vanna White is best known for her 37-year-stint as the hostess of Wheel Of Fortune, it should be no surprise that her letter-turning skills were incorporated into the naming ceremony. Of course, since each of the invited guests was there for the naming of the Carnival Panorama, the “answer” revealed when White turned the letters was probably the easiest puzzle ever! 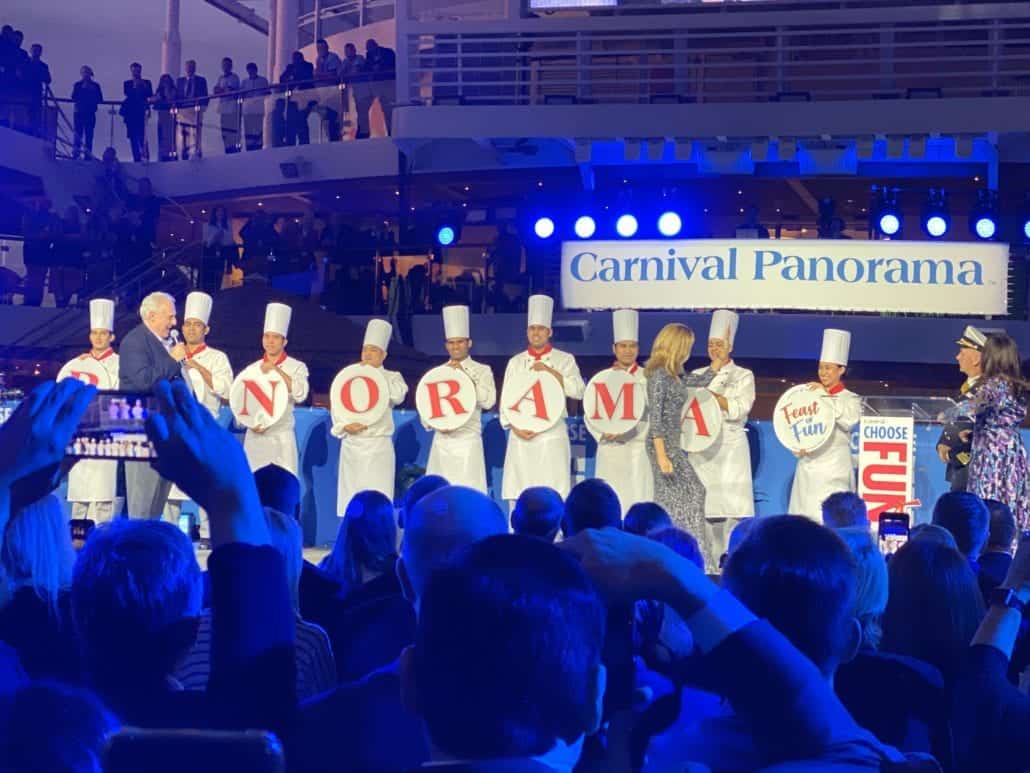 White shares a special connection with Carnival, given that they are both big supporters of St. Jude Children’s Hospital.

But unlike what happens on the famous game show, when White revealed the final letter in “Panorama”, it triggered the release of a bottle of Moet champagne so the ship could be christened in the time-honored tradition.

Earlier in the day, Carnival Cruise Line’s president Christine Duffy was joined by Guy Fieri, Emeril Lagasse, Rudi Sodamin and Panorama’s cruise director, Emma Nixon as they cut the ribbon on Carnival Kitchen. (Fieri, of course, is the man behind both Guy’s Burger Joint and Guy’s Pig & Anchor Smokehouse/Brewhouse, each of which is featured on Panorama. Lagasse and Sodamin will have venues on the upcoming Carnival Mardi Gras.) 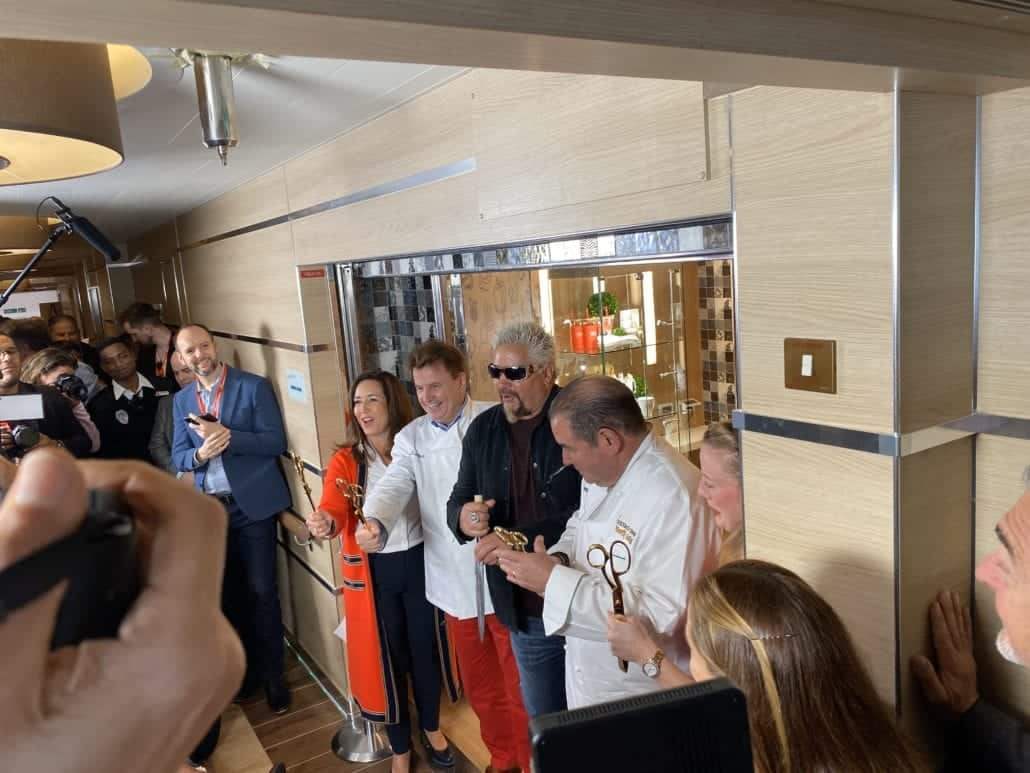 Given that the opening of the first Carnival Kitchen is a big deal, it’s not surprising it took so many people to cut the ribbon!

“One of the things we are most proud of is the delicious food we offer across our fleet,” said Duffy. “To celebrate the Carnival Panorama‘s inaugural with our very own Feast Of Fun featuring our amazing culinary team both onboard and through our partnerships really added to the celebration.” 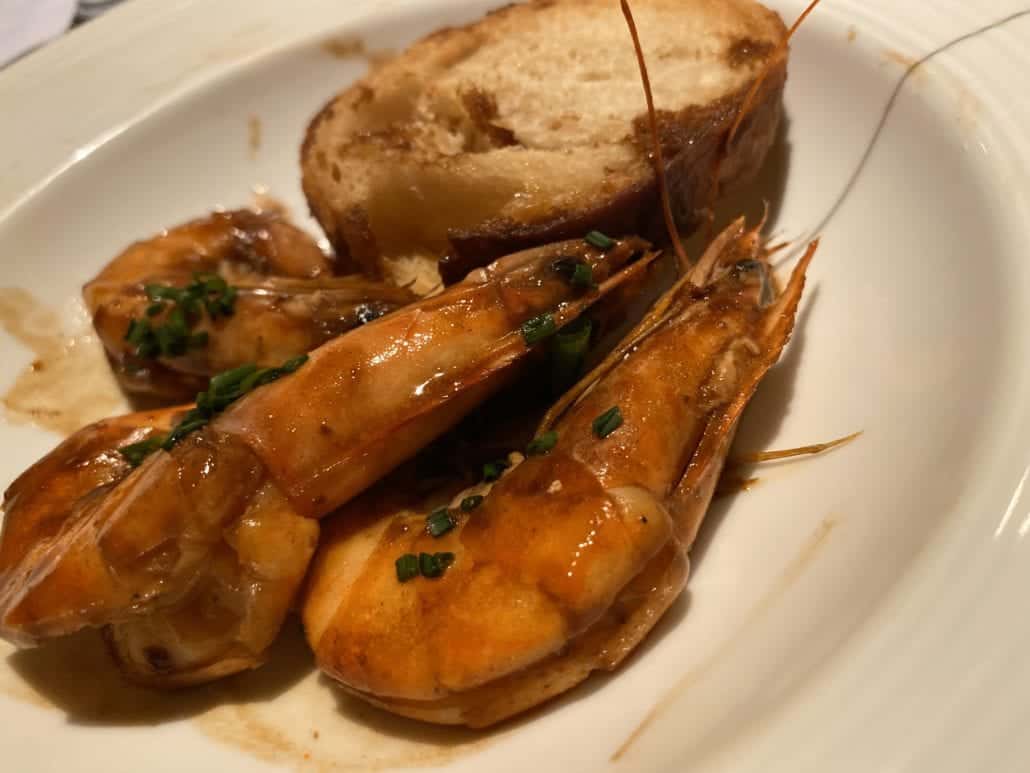 Dinner featured a slew of amazing foods from all around the ship and, actually, the fleet.

Following the ceremony, a special dinner was held in the Carnival Horizon dining room, featuring a selection of the dishes found at some of the restaurants around the ship as well as ones from the venues which will be introduced on Mardi Gras and Radiance. 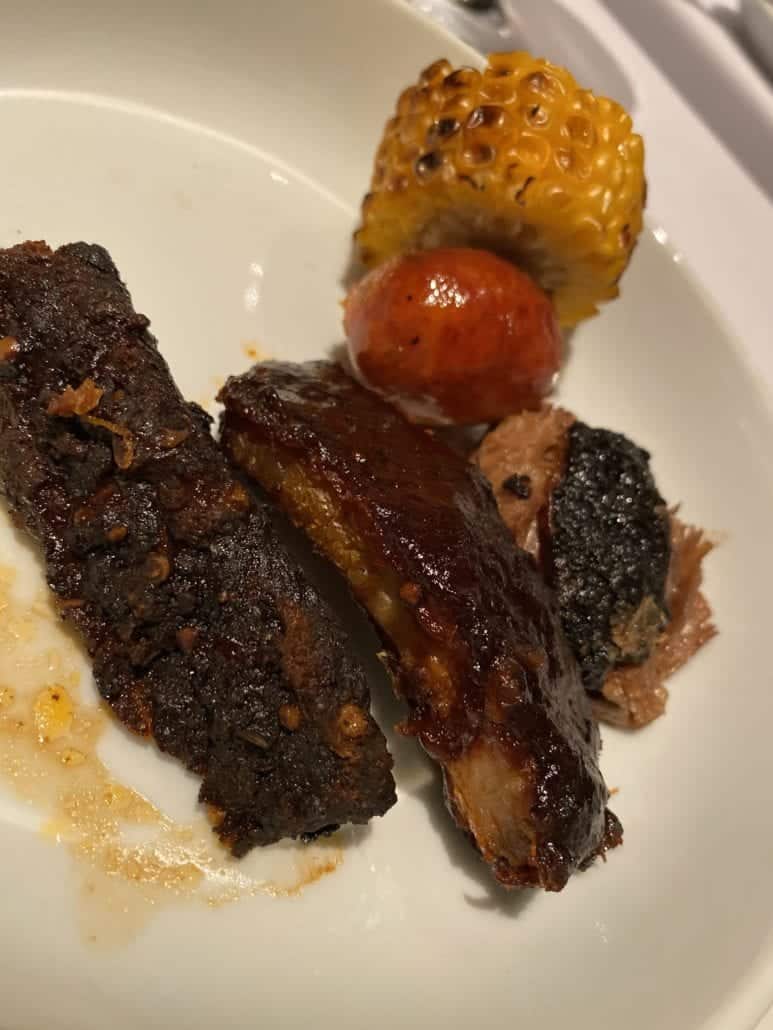 Of course, dinner included some delicious bar-b-que from Flavortown!

Why Guy Fieri Had To Think Twice Before Signing On

Hard as it is to imagine a Carnival cruise ship not having a Guy’s Burger Joint on board, the man behind the much-loved treats admitted during a Q&A session held at the Smokhouse/Brewhouse that this match made in heaven wasn’t a sure thing! “I don’t want to get in trouble,” he admitted before confessing that before he’d ever gone on a cruise, he’d heard only bad things about the food served on ships. “I’d hear that the vacation was great, the pool was amazing, but I never heard the food getting any love or attention!” 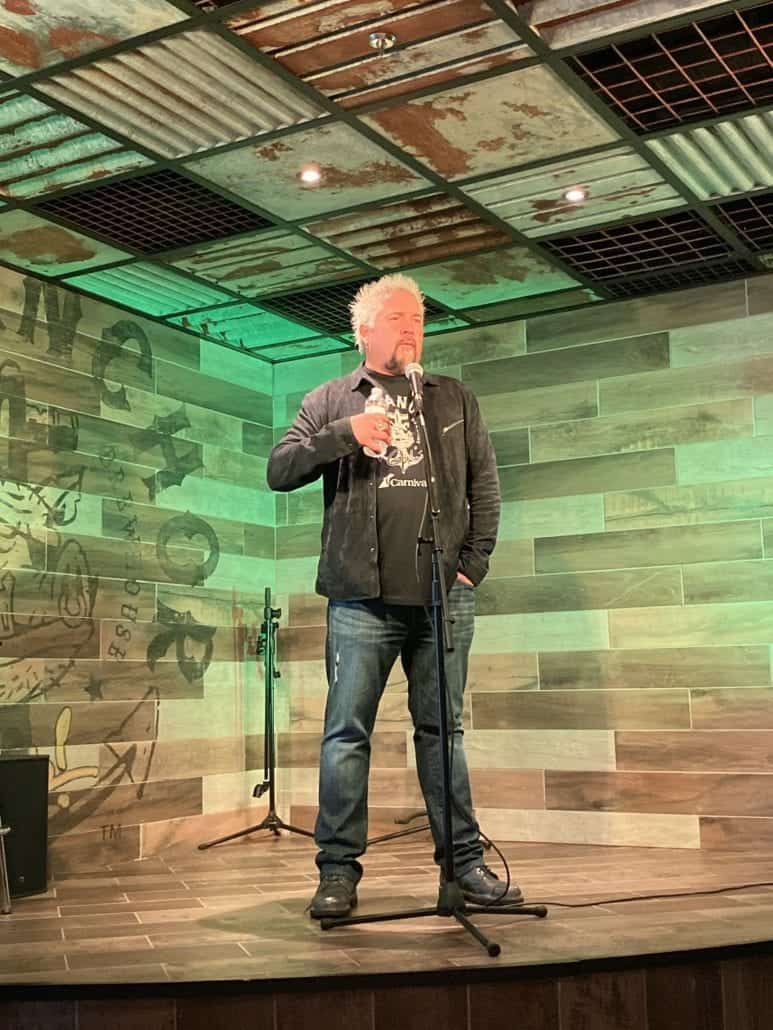 “Next for karaoke,” joked Guy Fieri as he took the stage for his question-and-answer session, “is Todd and Cindy!”

His attitude changed once he saw the discipline and attention to detail the crew responsible for serving the food bearing his name had. When asked if a veggie burger might eventually find its way onto the menu, Fieri admitted he could see it happening somewhere down the road.

Tomorrow, Carnival Panorama will leave on a special three-day sailing to Ensenada before returning to Long Beach to begin her regular run of 7-night sailings to the Mexican Riviera.

2020 Vision: The State of the Cruise Industry