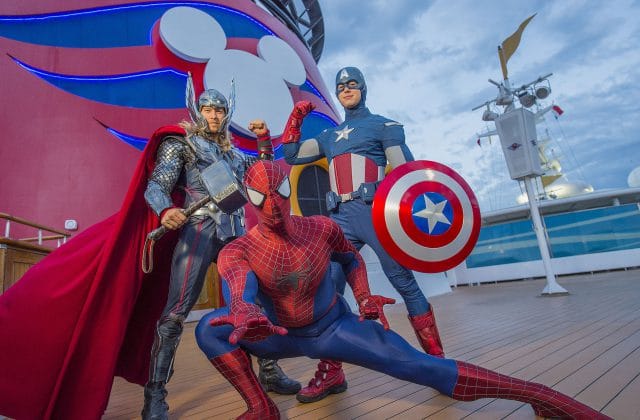 Fans of the Marvel Cinematic Universe and the Star Wars franchise may remember Disney’s popular “Marvel Day at Sea” and “Star Wars Day at Sea” sailings, where one day of the voyage would be dedicated to all things related to the movies. Everything from entertainment, activities, and even food revolved around either Star Wars or Marvel, depending on which cruise you were on.

Now, Disney has announced that those sailings will be back, and we can bet that fans of both the cruise line and the movies couldn’t be more excited.

Marvel Day at Sea will be included on select five-night western Caribbean voyages and Bahamas cruises aboard Disney Magic, leaving out of Miami in early 2022. Passengers can meet characters like Captain America, Spider-Man, and Iron Man, and kids can participate in Super Hero Academy.

Here’s a list of all the 2022 cruises that will include a Marvel Day at Sea:

The special Star Wars Day at sea cruises will be offered on select seven-night eastern and western Caribbean cruises aboard Disney Fantasy from Port Canaveral. On these voyages, travelers can meet characters including Chewbacca, C-3PO, R2-D2, and Darth Vader, and kids have the opportunity to participate in Jedi training classes. 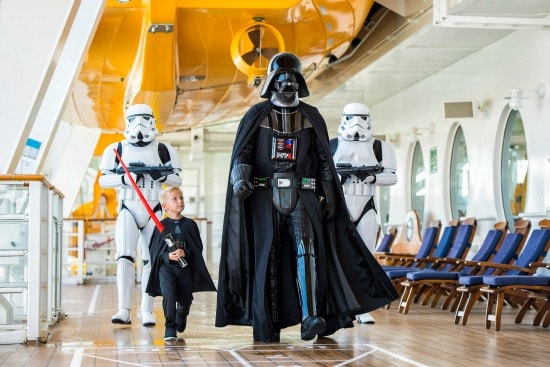 Here’s a list of all the 2022 cruises that will include a Star Wars Day at Sea:

Currently, all sailings are canceled on Disney Cruise Line through April. The line plans to resume cruises in May.

Send this to a friend
Hi, this may be of interest to you: Disney is Bringing Back Special 'Star Wars' and 'Marvel' Cruises. This is the link: https://cruiseradio.net/disney-is-bringing-back-special-star-wars-and-marvel-cruises/