For many cruisers, food is one of the most important elements of a successful trip. So when menus change, we discuss, debate and critique. Well, get ready to do all three, because Carnival Cruise Line is in the process of changing the menus in several of their dining venues, including their branded steakhouses and, eventually, the main dining rooms across their fleet. The updated Carnival steakhouse menu, currently being tested on Magic and Vista, includes new options like an oyster appetizer and a farm-raised honey vinegar chicken entree. It would also appear that items such as escargot and creamed spinach — long a regular sidedish in most land-based steakhouses — have been removed from the revised menu. 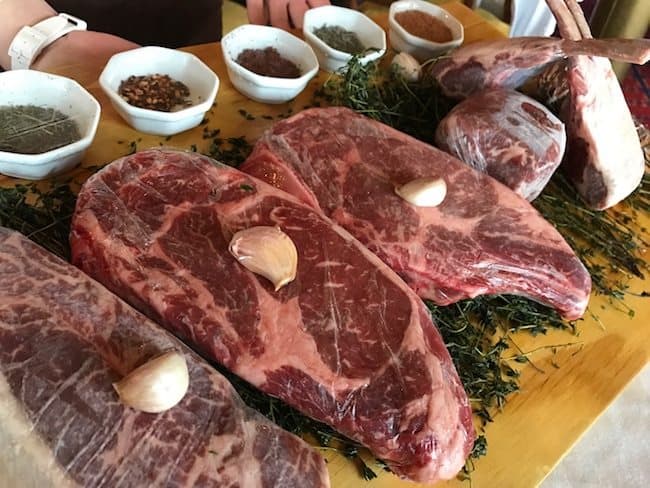 You can view the new menu here.

There are other menu changes in the works as well. On his popular Facebook page, senior cruise director and brand ambassador John Heald announced that a new deli menu had been introduced aboard the Vista, Breeze, Conquest and Glory, adding that more ships would be getting the update in the future. Heald also revealed that changes have recently been made to the menu of the line’s popular Italian venue, Cucina Del Capitano. But perhaps the biggest news is yet to come: When a Facebook poster suggested the main dining room menus needed a makeover, Heald responded with two simple words: “Coming soon!”

What would you like to see changed on the Main Dining Room Menus aboard Carnival ships?