Holland America Line has announced that Oprah Winfrey will be the godmother of their newest upcoming ship, Nieuw Statendam.

The ship is part of the line’s Pinnacle class alongside Koningsdam, and will be able to hold 2,666 passengers. There will be a large number of suites onboard, as well as an assortment of spa cabins and family staterooms.

Winfrey will embark on a special three-day Girls’ Getaway cruise aboard the new ship on January 30, 2019, joined by O, The Oprah Magazine Editor-at-Large Gayle King and other members of the magazine’s editorial staff. The voyage will set sail roundtrip from Fort Lauderdale with a day at Half Moon Cay.

Guests on the sailing will be able to attend live conversations with Oprah, as well as other sessions with the magazine’s staff, such as styling tips, a book club, meditation classes, and more. 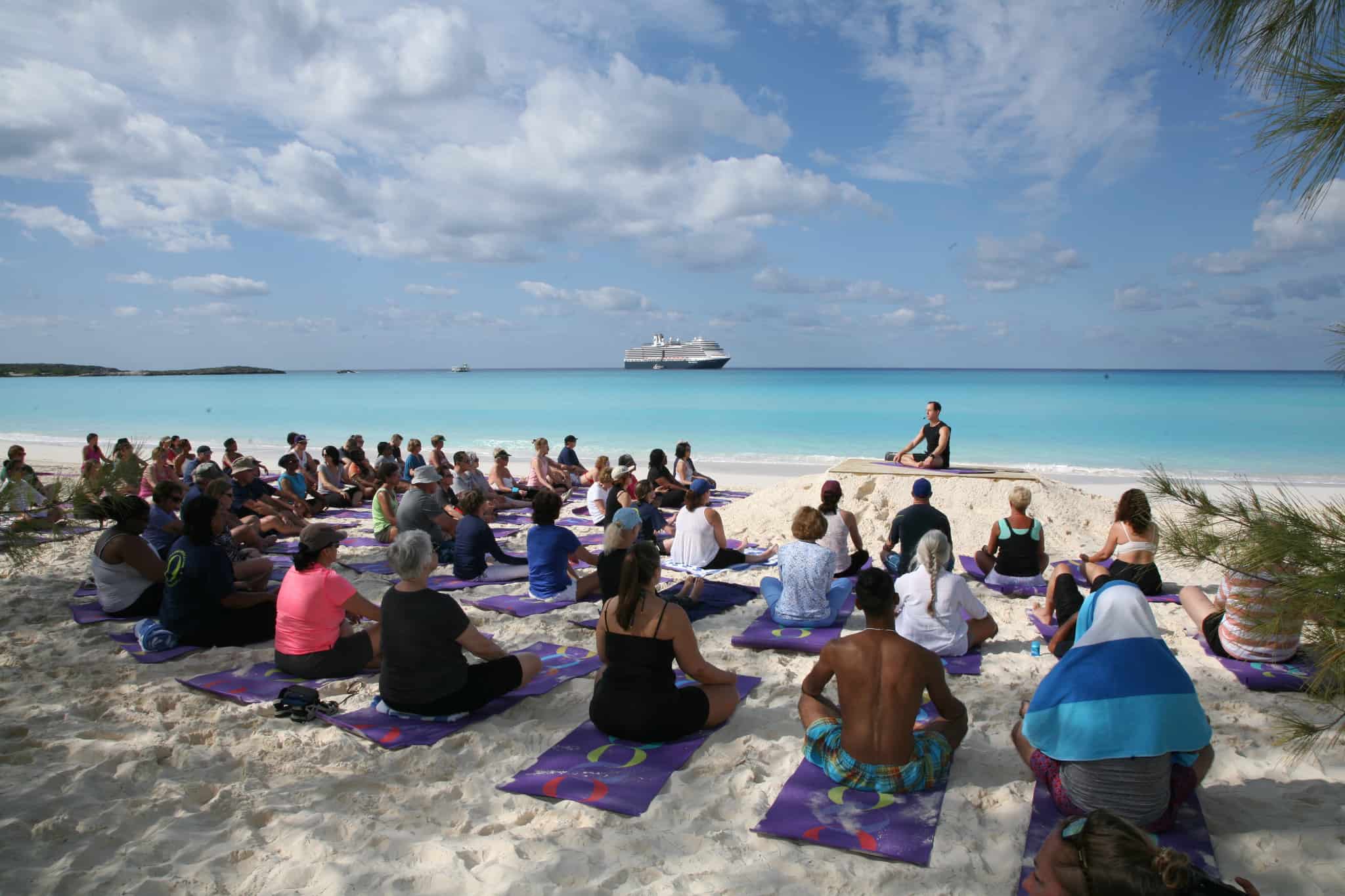 Yoga class on Half Moon Cay

Holland America and O, The Oprah Magazine teamed up in 2017, and have extended their partnership through 2019. There are two remaining Adventure of Your Life Cruises with the magazine’s staff and guest speakers: August 11, 2018 on a seven-day Alaska cruise, and October 28, 2018 on a seven-day Caribbean cruise.

The dedication by Oprah of Nieuw Statendam will take place in a private ceremony at a later date to be announced.

Hi, this may be of interest to you: Oprah Named Godmother of New Holland America Ship. This is the link: https://cruiseradio.net/oprah-named-godmother-of-new-holland-america-ship/