Princess Cruises and Fincantieri announced today the signing of the final contracts for the construction of two next-generation 175,000-ton cruise ships, which will be the largest ships ever built so far in Italy, with deliveries scheduled in Monfalcone in late 2023 and in spring 2025. 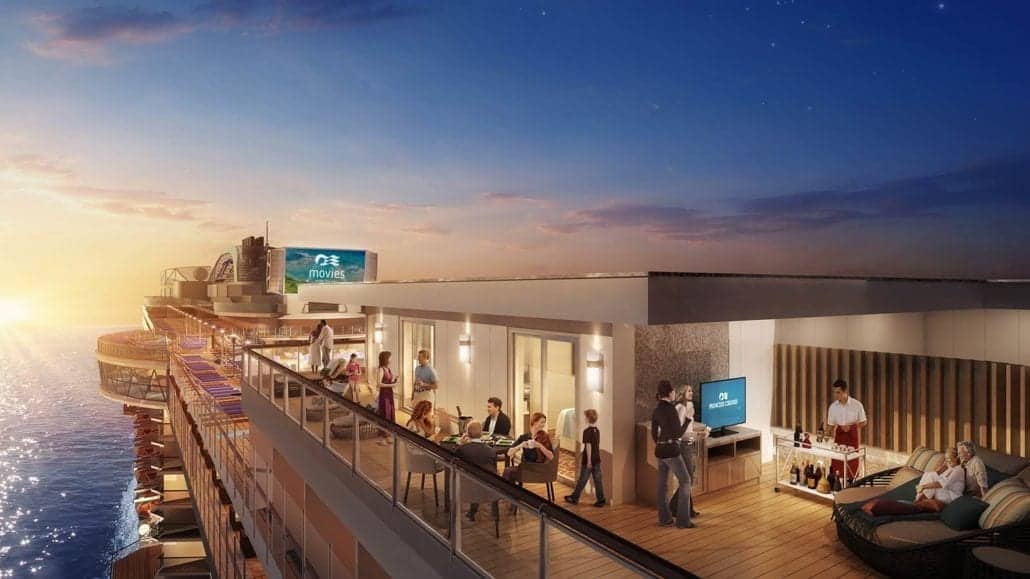 The Sky Suite of the upcoming Sky Princess. (Rendering courtesy of Princess)

This announcement follows the initial signing of a memorandum of agreement between the two parties in July 2018.

The vessels will each accommodate approximately 4,300 guests and will be based on a next-generation platform design, being the first Princess Cruises ships to be dual-fuel powered primarily by Liquefied Natural Gas (LNG).

“Princess Cruises continues to grow globally — adding new ships to our fleet built by our long-time trusted ship building partner, Fincantieri, who brings decades of expertise to these next-generation cruise ships,” said Jan Swartz, Princess Cruises President. “Even more exciting is that these two ships are being designed to include our MedallionClass platform, powered by OceanMedallion, the most advanced wearable device available within the global hospitality industry.”

With five ships being built over the next six years, Princess Cruises is the fastest growing premium cruise line in the world.

New Virgin Voyages Cruise Ship Will Have a Record Store