Actors and huge Royal Caribbean fans Carlos and Alexa PenaVega, along with their 17-month-old son Ocean, have accepted the honor to be Godfamily of the world’s largest cruise ship, Symphony of the Seas.

Royal Caribbean “popped the question” to the PenaVegas while they were onboard sister ship Harmony of the Seas filming Hallmark Channel’s Love at Sea. The couple has celebrated a number of milestones on the Oasis class ships, including getting engaged aboard Oasis of the Seas and spending their babymoon on Allure. Carlos took his first cruise when he was just 4 years old, and has now been beaten by his son, who took his first voyage at 13 months. 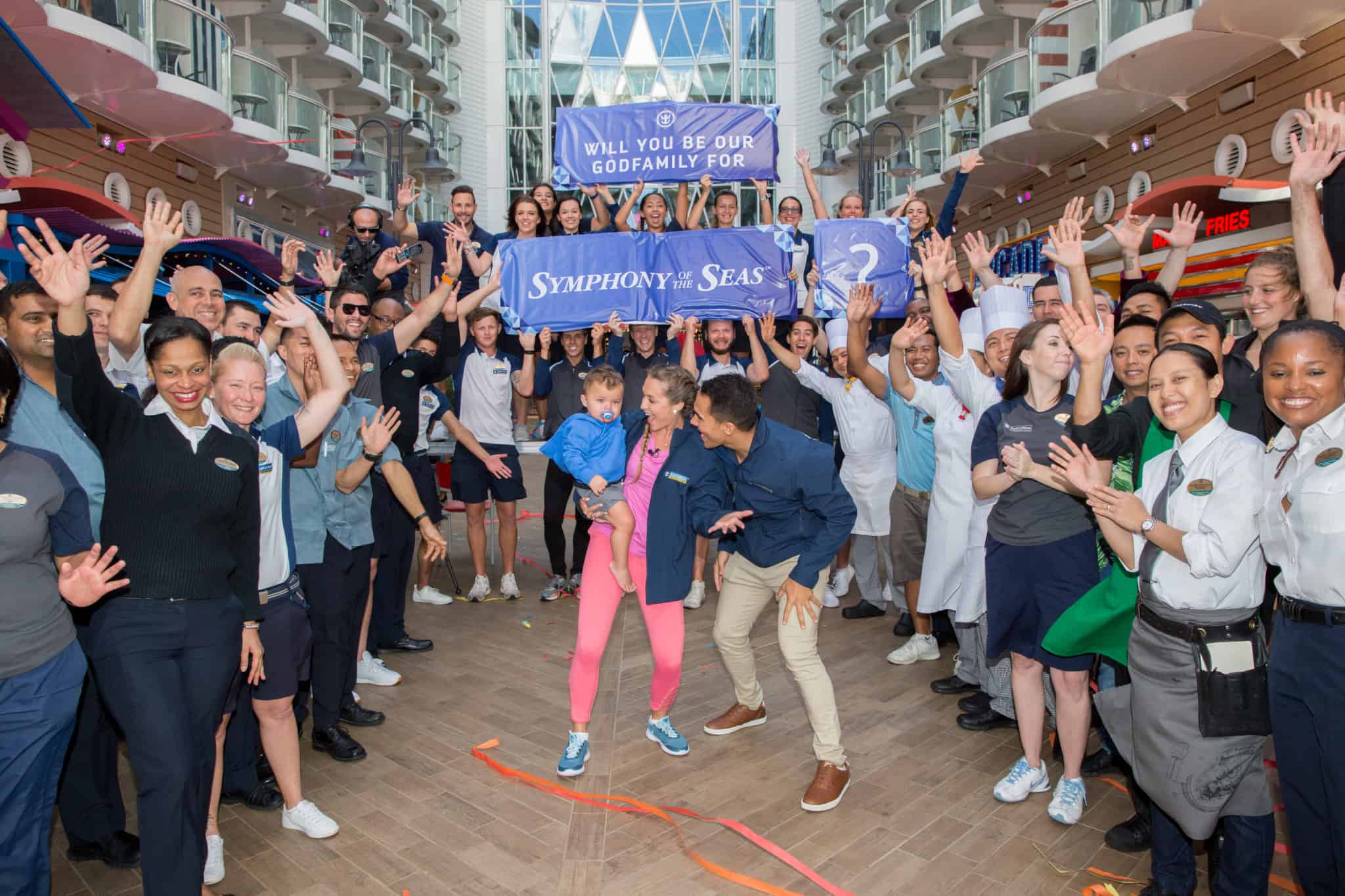 “Carlos and Alexa have been an extension of our family for quite some time, and they truly personify our spirit of innovation and adventure in every way,” said Michael Bayley, President and CEO, Royal Caribbean International. “We’re very excited to welcome them and their son Ocean as the first-ever Godfamily to officially name a ship. Their passion for cruising and commitment to family make them the perfect choice to serve as the guiding spirits for Symphony of the Seas.”

The PenaVegas aren’t strangers to the spotlight whatsoever. Alexa made a name for herself at a young age when she starred as “Carmen Cortez” in the Spy Kids film series. She’s since starred in a number of films and television series, most recently Enchanted Christmas for Hallmark. Carlos shot to fame after starring on the Nickelodeon musical comedy BIG TIME RUSH as “Carlos Garcia.” Like Alexa, he’s also starred in a number of films since then.

This November, Carlos, Alexa, and Ocean will be the first family to have the honor of naming Symphony of the Seas and bestowing a blessing for the safekeeping of her crew and guests during a formal ceremony when she arrives to her permanent home in Miami. 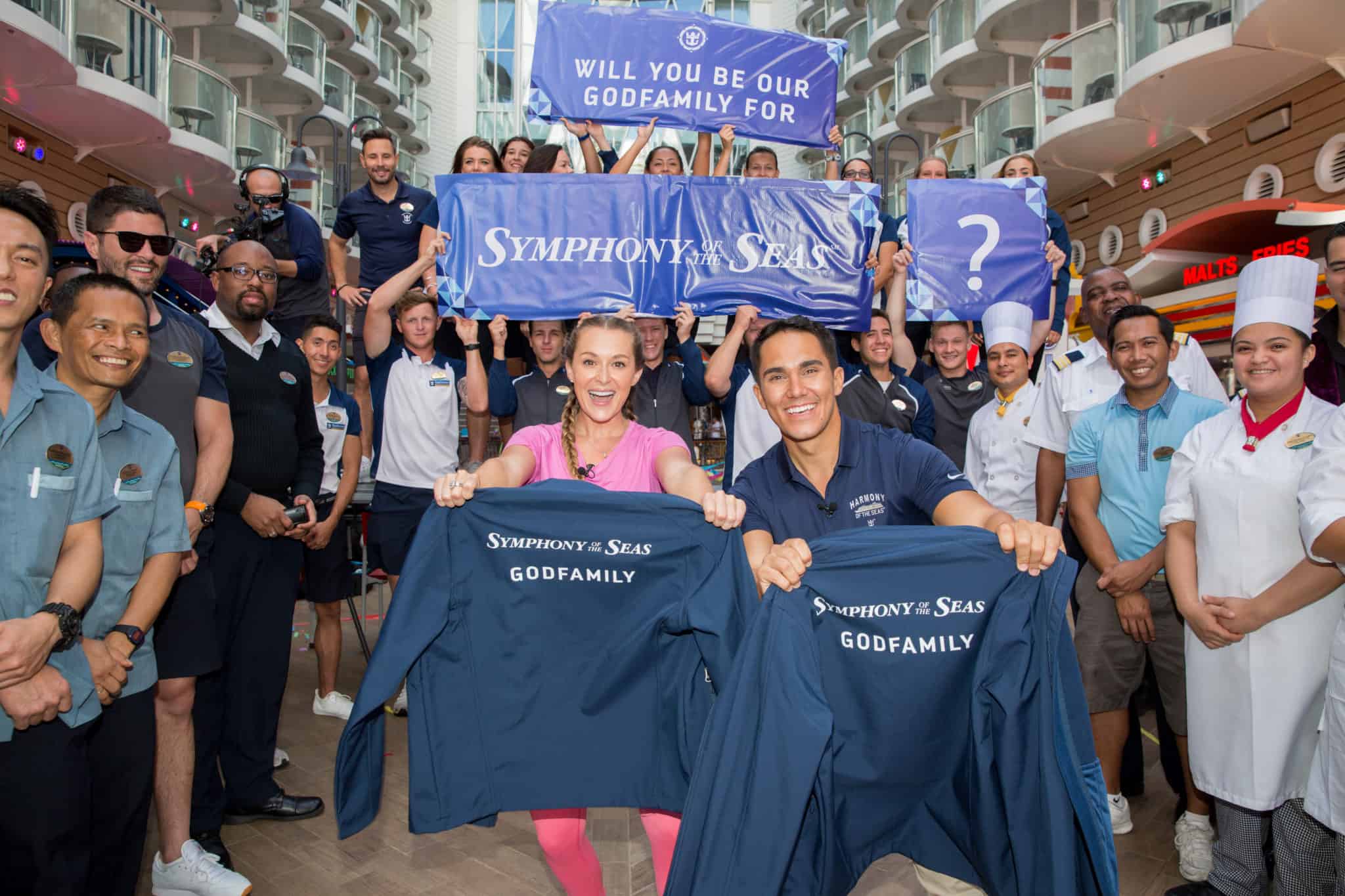 “Words can’t describe the overwhelming emotions we’re feeling,” said Carlos PenaVega, alongside Alexa and Ocean. “Royal Caribbean ships have been the backdrops to so many unforgettable moments in our life, and it means so much to us to be named Godfamily of Symphony of the Seas. Royal Caribbean continues to make amazing memories with our family, and this next adventure will be our best yet.”

The ship is homeported in Barcelona, Spain for the summer, operating 7-night Mediterranean sailings. On November 9, Miami will be Symphony‘s year-round home where she will operate 7-night eastern and western Caribbean cruises, including visits to Perfect Day at CocoCay – the line’s private Bahamian island.

Does This Injured Cruiser Deserve $6 Million?

Send this to a friend
Hi, this may be of interest to you: Royal Caribbean Names First-Ever 'Godfamily' of Ship. This is the link: https://cruiseradio.net/royal-caribbean-names-first-ever-godfamily-of-ship/