Over the years, we’ve reported on some pretty cool cruises. There’s the Walking Dead Cruise and of course the upcoming Big Nude Boat. But those are just cases of a charter taking over a ship for a week. Imagine if an entire ship was devoted, year-round, to, say, cartoons. Well, imagine no more, because the Cartoon Network has teamed up with Oceanic Group to create a full-branded ship, giving passengers an opportunity for a fully-immersive experience not seen outside a Disney cruise ship. 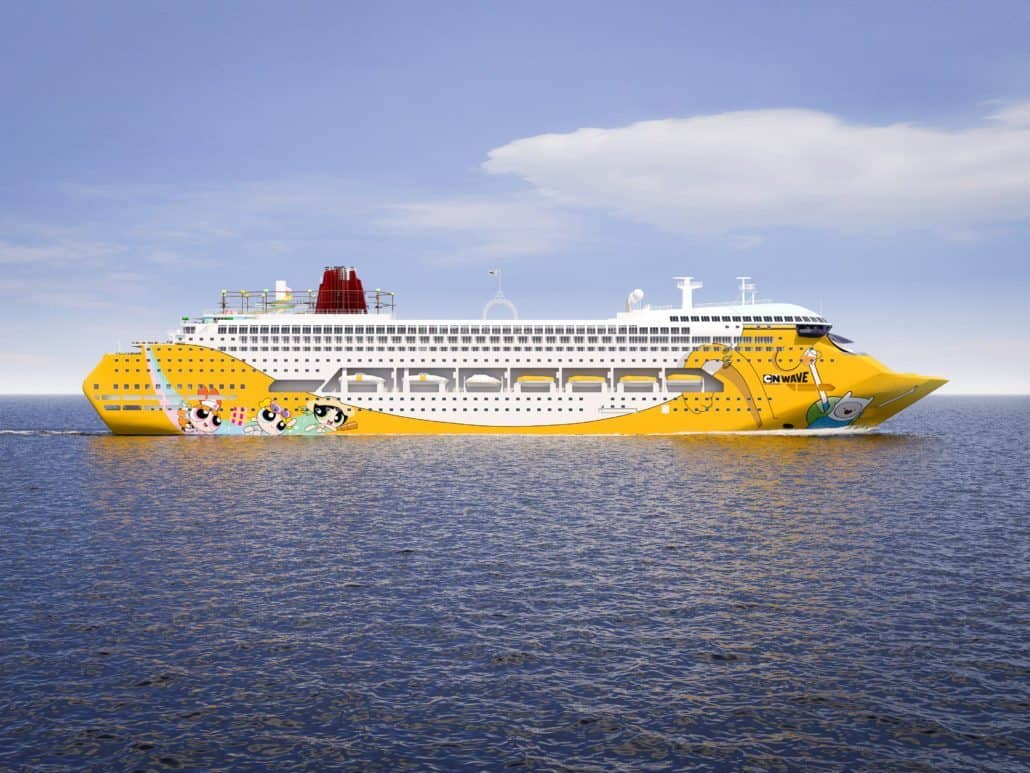 Everything aboard the Cartoon Network Wave — set to sail on her maiden voyage in late 2018 — is inspired by characters from shows such as Adventure Time, Ben 10 and our personal favorite, the Powderpuff Girls. Passengers will get to hang out with their favorite characters and experience life in their worlds. The ship has 800 cabins and suites, all of which are fully themed… including two being billed as the “world’s first triplex suites.”

If Omniverse, Townsville, the Bear Den and the Land of Ooo are places you want to explore, then this is the ship for you, as they’ll all be brought to life on board 11 decks offering everything from elaborate play areas to themed restaurants.

So What’s The Catch?

If there’s a downside for American cruisers, it’s that the ship will be sailing out of Singapore! “the debut of Cartoon Network Wave as a new, homegrown cruise product is testament to the vitality of Singapore as South East Asia’s leading cruise hub,” says Yap Chin Siang of the Singapore Tourism Board.

“Turner is always looking at new ways to bring our characters to life,” says Ricky Ow of Turner Asia Pacific, “and Cartoon Network Wave will be their home on the high seas! The ship has remarkable potential to offer our existing fans a truly unique immersive experience, as well as create new ones.”

Would your family enjoy sailing on a cartoon-themed ship? Would you like to see one sailing out of U.S. ports?