As Carnival continues working to get its crew members home, some took part in tradition many of us are familiar with: the back-to-back cruise.

Sure, in this case, it involved two different ships and a cross-country trek via bus, but the basic idea was the same. The Carnival Miracle and Carnival Glory were on opposite sides of Panama, so crew members had to transfer from one to the other. (Photo courtesy of Carnival Cruise Line)

Crew Members Are On Their Way Home

The latest repatriation efforts required the cooperation of numerous Panamanian officials, including that nation’s Ministries of Foreign Affairs and Health, the Minister of Maritime Affairs and the Panama Maritime Authority. But with their help, Carnival was able to get many of their hard-working crew members that much closer to home.

Their cross-country adventure began when the Carnival Miracle made the latest stop on its repatriation tour, arriving on Panama’s Pacific coast. Once cleared, around 100 team members disembarked and made their way to waiting buses, which took them on the 90-mile journey to Panama’s Atlantic Coast. 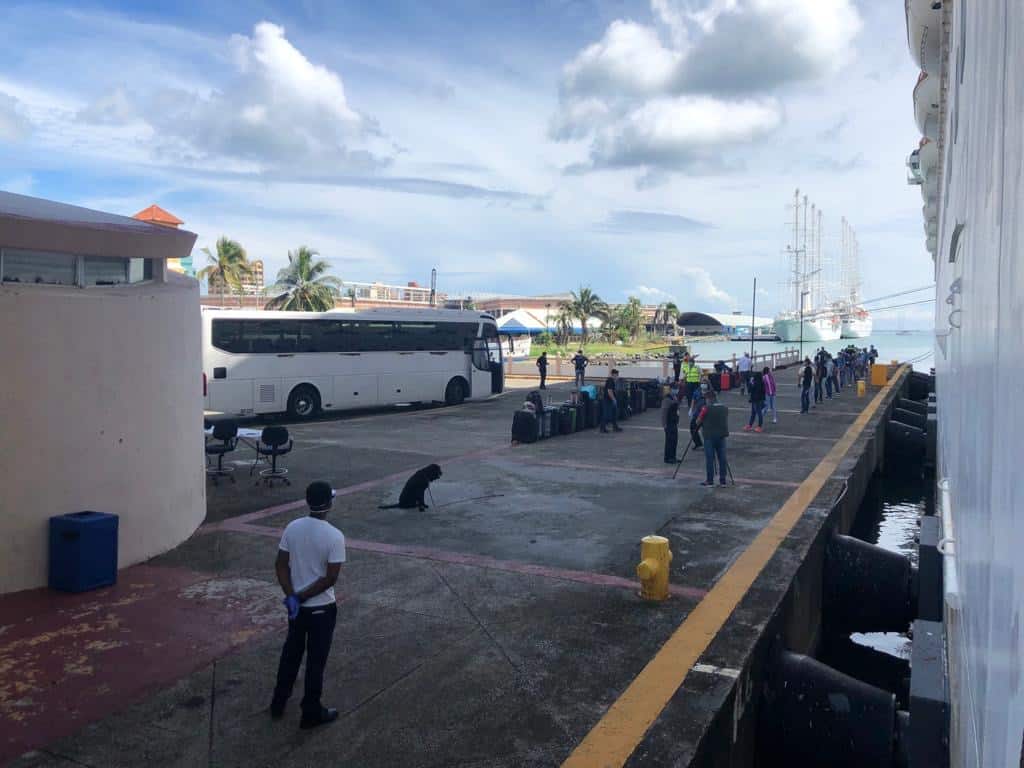 To get from one ship to the other, crew members boarded a bus.

Once there, the crew members prepared to begin the next leg of their journey home, this time aboard the Carnival Glory. Currently docked on Panama’s Atlantic coast, the ship is now awaiting the arrival of crew members from several other ships.

Once everyone has boarded, The Carnival Glory will set sail for Curacao, where crew members will board chartered and commercial flights back to their home countries.

“Panamanian officials truly went above and beyond in helping our team members transit their country and to facilitate their return home,” said Christine Duffy, president of Carnival Cruise Line. “For that, we are truly grateful. We would like to express our most sincere appreciation and thanks to many government agencies, local maritime partners and private operators for their role in making this cross-country transfer happen.”

She added, “Efforts like this reinforce the benefits strong partnerships play in maritime operations and safety.”

So far, Carnival mas managed to help nearly 20,000 team members — from across the 27 ships in their fleet — find their way home. The company is hoping to complete the task sometime in the next few weeks. Meanwhile, Carnival — like all of the major cruise lines — is working with the Centers for Disease Control and other agencies toward determining when their ships can return to service, as well as what health and safety protocols will be need to be put in place in order for that to happen.

Send this to a friend
Hi, this may be of interest to you: Carnival Cruise Line Crew Makes Cross-Country Journey. This is the link: https://cruiseradio.net/carnival-cruise-line-crew-makes-cross-country-journey/