On Friday, December 11, Carnival Glory was heading back to Miami after a seven night Caribbean sailing when it came across 16 Cuban nationals on a boat that was stranded at sea. 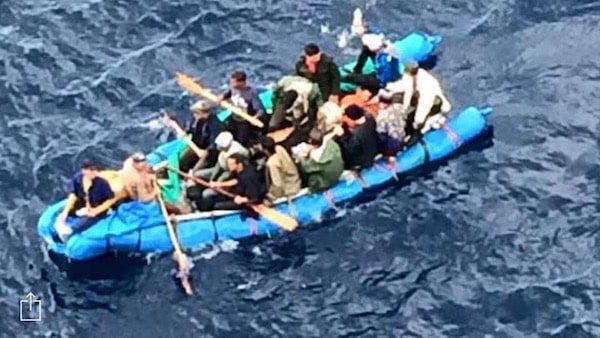 According to Carnival, The United States Coast Guard (USCG) was notified; all 16 Cubans were rescued on board and provided clothes, food and water; subsequently all of them were transferred to a USCG cutter.  After being released from the USCG, Carnival Glory resumed its course and arrived in Miami as scheduled.

Carnival Glory was on the last leg of a seven-day cruise that departed Miami last Saturday, Dec. 5, part of its year-round schedule of week-long Caribbean departures from that port.

Send this to a friend
Hi, this may be of interest to you: Carnival Glory Rescues 16 Refugees. This is the link: https://cruiseradio.net/carnival-glory-rescues-16-refugees/