Passengers currently sailing aboard Norwegian Cruise Line’s newest ship, Norwegian Encore, were treated to a grand celebration to mark the company’s return to cruising in the United States.

Cruise ship crew put on a huge Celebration Day Buffet of culinary favorites from holidays and special occasions throughout the year, to make up for missed birthday parties, anniversaries, and holiday get-togethers during the worldwide shutdown due to the pandemic. 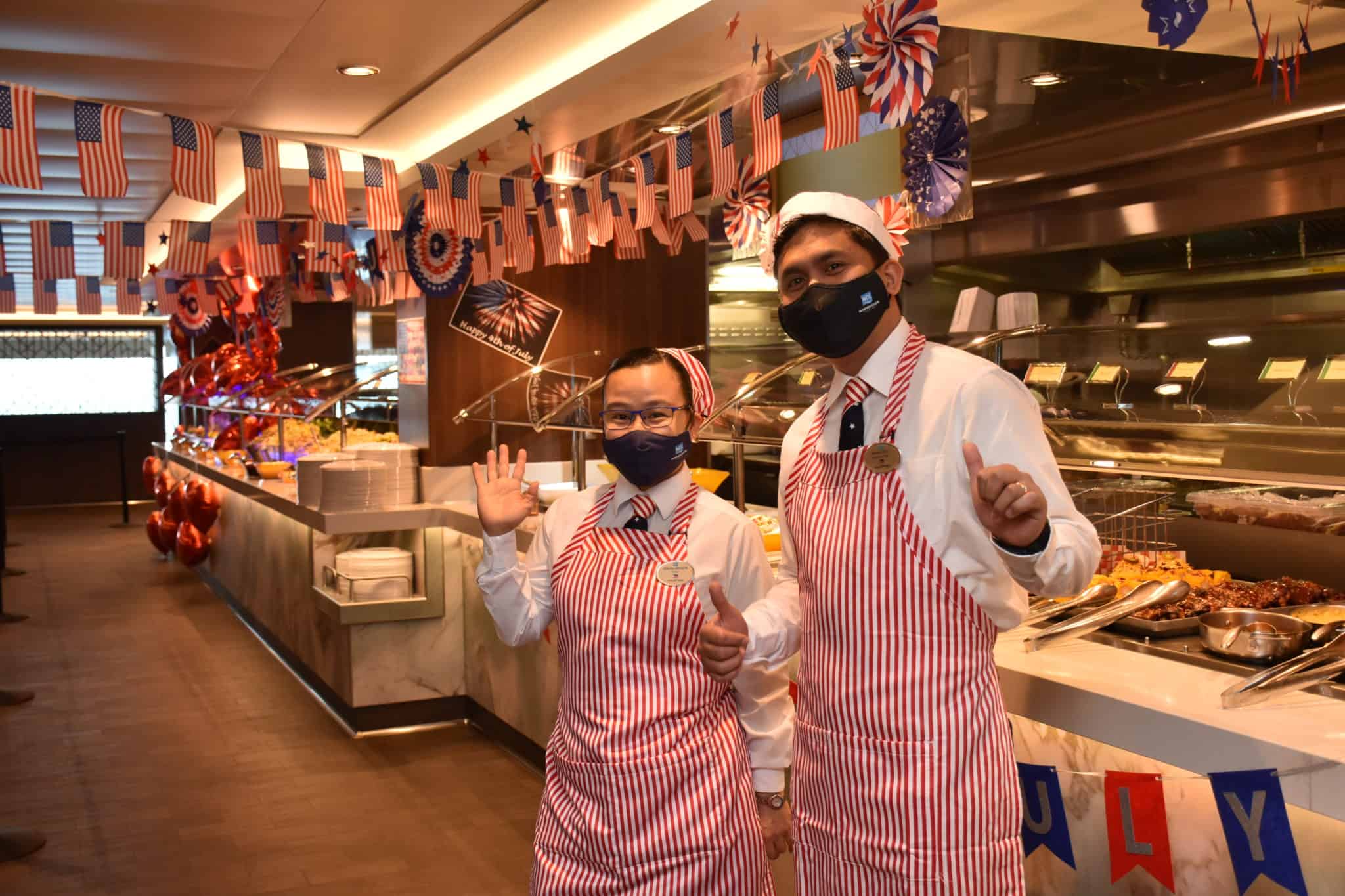 To honor the last 17 months of uncelebrated holidays and reunions, Norwegian Cruise Line treated guests to a wide variety of holiday staples including Alaskan King Crab legs and beef wellington for New Year’s; sweets for Valentine’s Day; barbecue favorites such as ribs, corn on the cob, burgers, and fries for the Fourth of July; Thanksgiving favorites like roast turkey, stuffing, cornbread, and pies; and over-the-top birthday cakes. 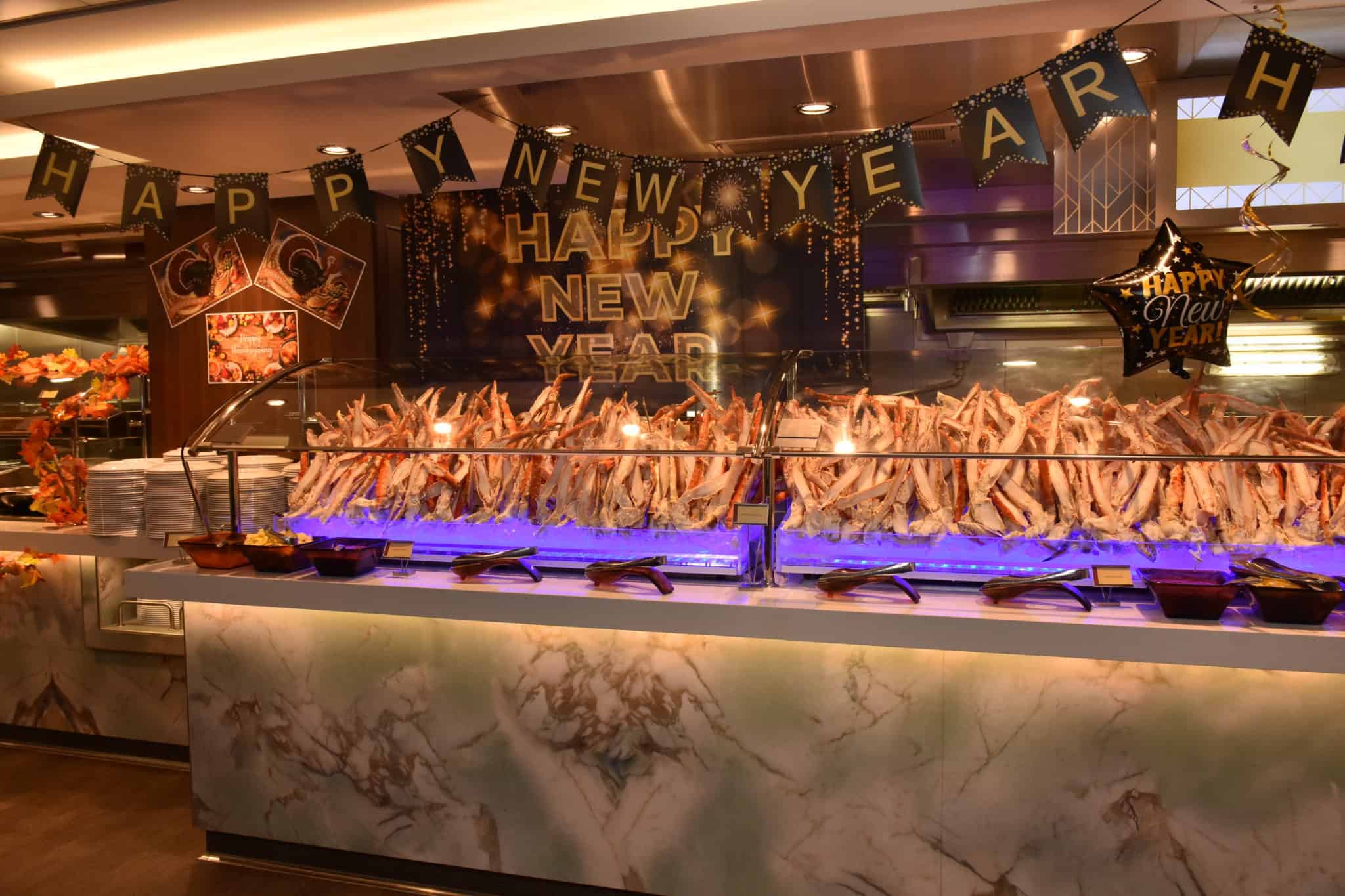 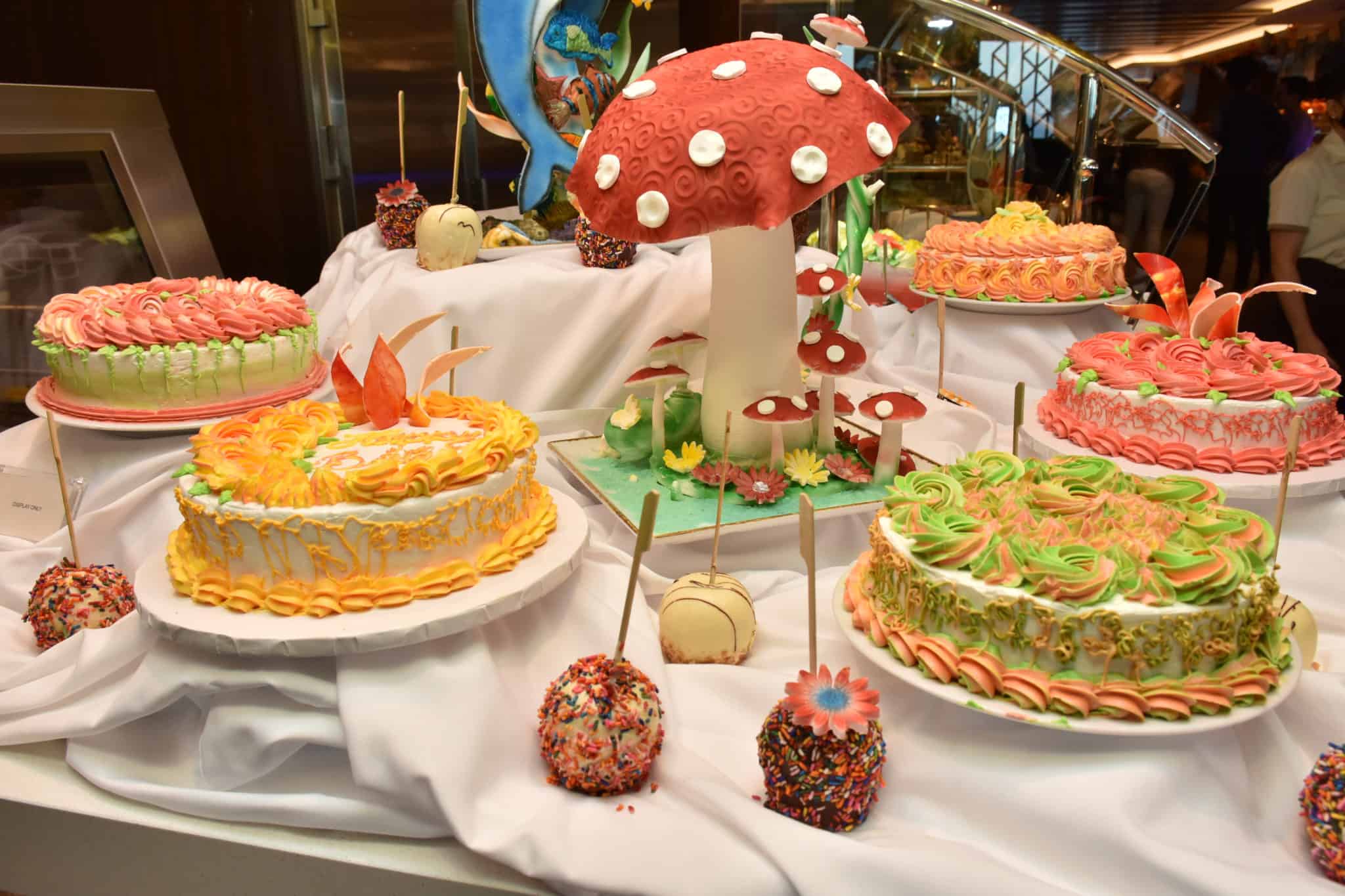 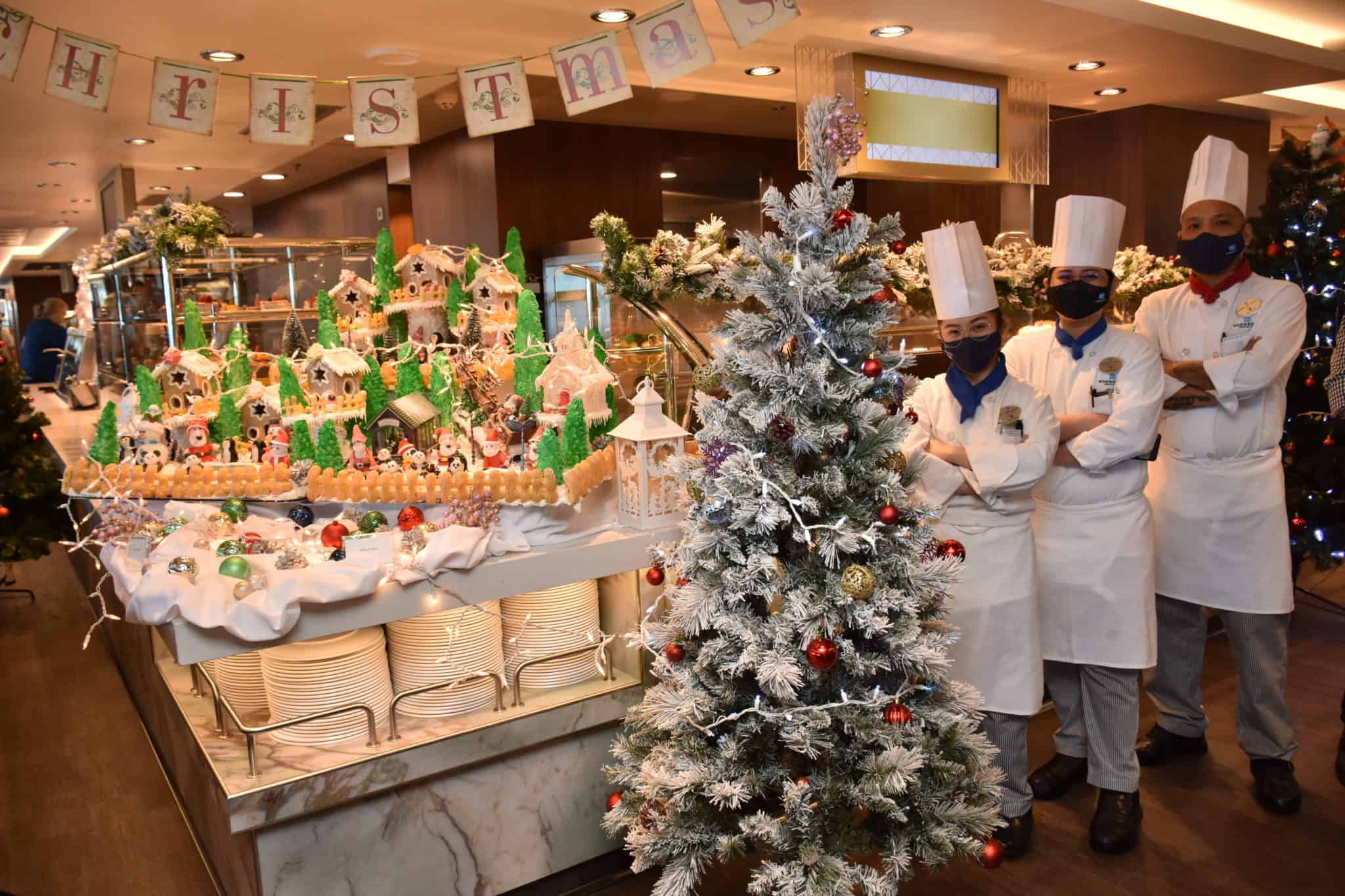 Nearly 2,600 passengers indulged in the feast. One guest said “It’s been really nice reliving all of the holidays that we missed … it’s nice to be back.”

Norwegian Encore departed Seattle on Saturday, August 7 as the first Norwegian Cruise Line ship to sail from the United States in over a year. It also marks the ship’s first sailing to Alaska.

Throughout this week, Encore will make her inaugural calls to three Alaskan ports — Icy Strait Point, Juneau, and Ketchikan — before returning to Seattle. Then the vessel will continue her season of seven-night voyages to the region through October 16, 2021.

READ NEXT: Florida To Appeal Ruling That Allows NCL To Require Vaccine Documentation

Send this to a friend
Hi, this may be of interest to you: Cruise Line Hosts Celebration Buffet on First Sailing From U.S. [PHOTOS]. This is the link: https://cruiseradio.net/cruise-line-celebration-buffet-first-sailing-from-us/