It looks as if Norwegian Cruise Line is taking full advantage of the law of supply and demand: The price of the wildly-popular (and heavily advertised) go-kart track on board the brand new Norwegian Bliss is being boosted even as the ship begins its regular season cruising to Alaska out of Seattle.

What The Thrill Will Now Cost

During initial preview and revenue sailings, the go-kart experience was priced at $7 “per person, per experience,” as shown in the picture below. As this was the price during preview sailings on which members of the media were invited, this was the price widely reported by those on board for the events (including us). 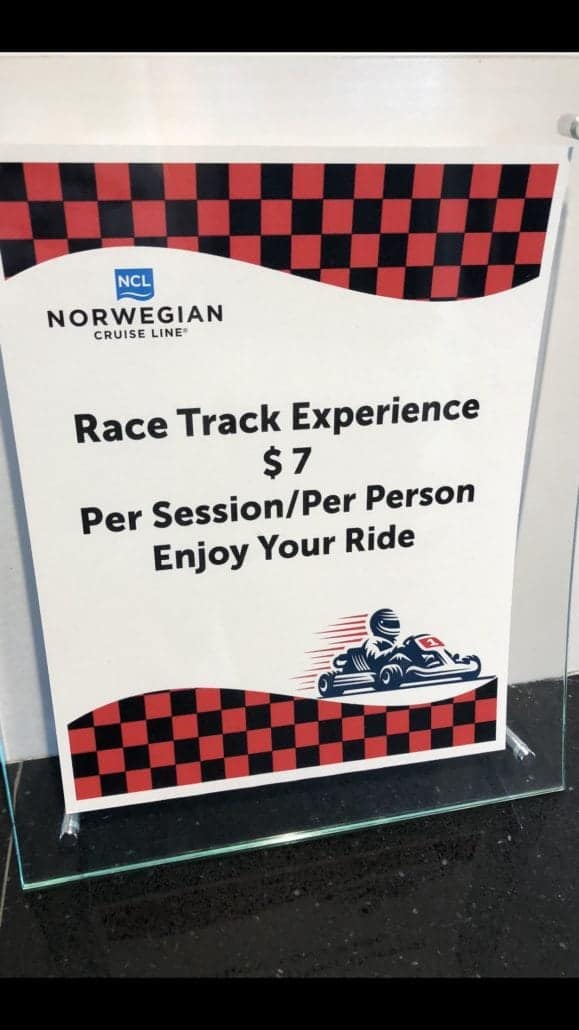 Now, however, when passengers go to make a reservation for the thrill ride, the price displayed on the reservations page is $9.95 per person. 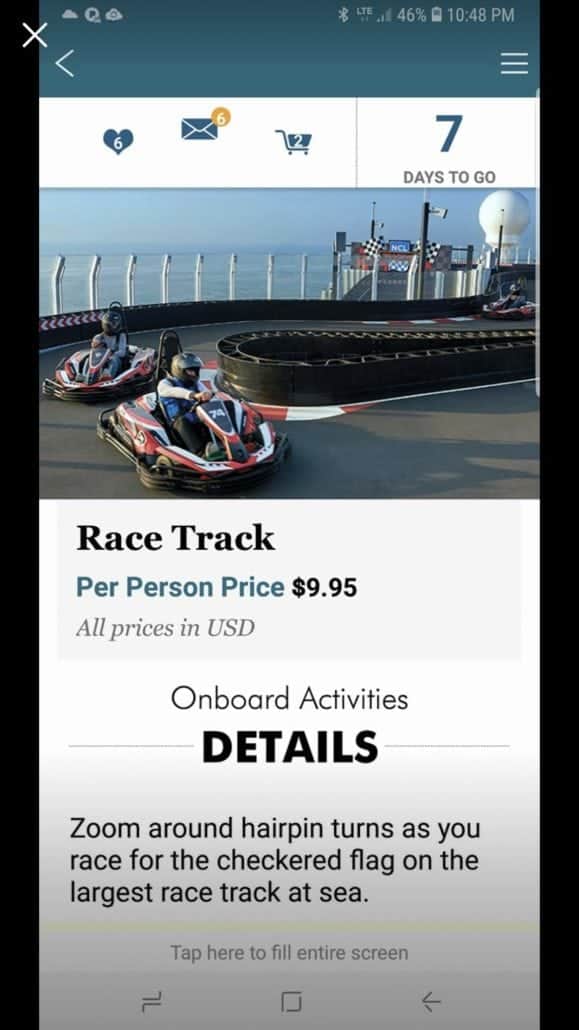 This isn’t the first time Norwegian has increased the price of an experience almost immediately upon introducing it. Shortly after rolling out Margaritaville on Norwegian Escape as a free venue, the line switched to a la carte pricing on the menu, explaining via E-mail that it had “proven to be one of our most popular onboard dining venues” and that the change was being made “to continue delivering the highest-quality experience” to guests. Since then, the restaurant has changed its pricing plan yet again, with meals at the venue now costing $14.95 per person.

What Else You’ll Find On Bliss

Norwegian first introduced the go-karts on board the Norwegian Joy. The newest ship to join the fleet, Norwegian Bliss will spend the summer sailing to Alaska out of Seattle. Among the ship’s features are two observation lounges (one of which is for the exclusive use of guests from the ship-within-a-ship enclave, The Haven), a laser tag experience, a for fee dessert venue called Coco’s and the line’s first barbecue restaurant, Q. The ship also features a brand new production show called Havana!, the jukebox musical Jersey Boys and a late-night, adults-only performance called Happy Hour: Prohibition.

Send this to a friend
Hi, this may be of interest to you: Norwegian Cruise Line Boosts Go-Kart Pricing. This is the link: https://cruiseradio.net/norwegian-cruise-line-boosts-go-kart-pricing/