There’s big news out of Jimmy Buffett’s Margaritaville empire today — the singer, songwriter, and businessman’s brand is rebranding and launching a cruise ship that should already be familiar to Palm Beach residents.

When the Port of Palm Beach’s only cruise ship relaunches on April 30, it will be the world’s first Margaritaville-branded cruise ship.

Which cruise ship is this, you ask? It’s none other than Bahamas Paradise Cruise Line’s Grand Classica, which is known for its short runs between Palm Beach and Freeport, Bahamas. The deal was announced on Wednesday at the port, and is a partnership between Bahamas Paradise Cruise Line and Margaritaville Enterprises LLC.

Once it is rebranded, the ship will continue to offer its two-night cruises between Palm Beach and Freeport, with the goal of bringing the laid-back tropical lifestyle and state of mind evoked in Buffett’s songs to the 1,680-passenger ship, according to Bahamas Paradise CEO Oneil Khosa.

MORE: Bimini Cruise Port: Everything You Need To Know 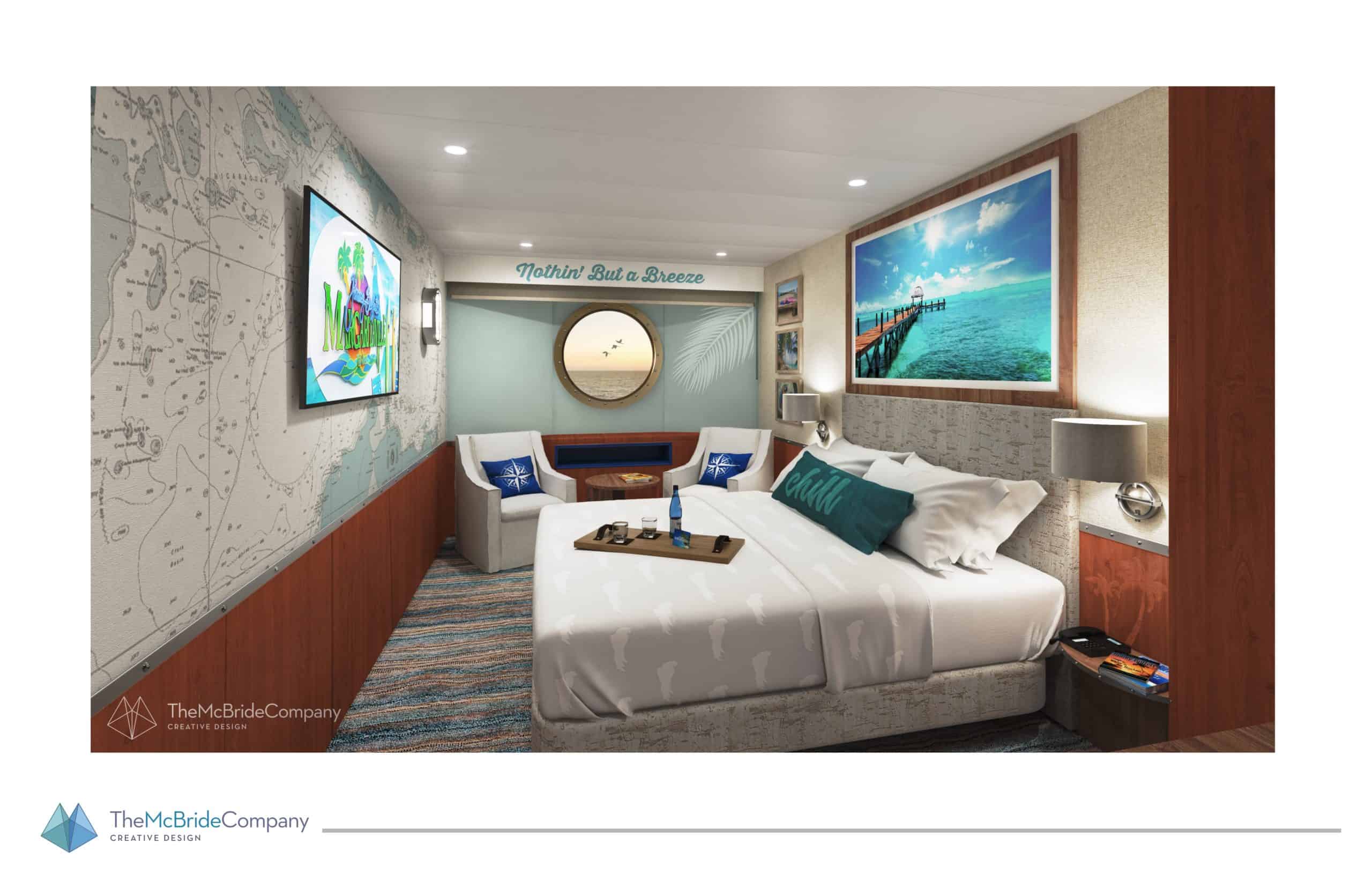 Bahamas Paradise Cruise Line is spending tens of millions of dollars on redesigning, rebranding, and reworking everything on board, from surface-level furnishings to electronics and rebranded venues.

The ship’s bars will be rebranded to the Margaritaville bars, with the Rock bar becoming the 5 o’Clock Somewhere Bar. The main dining room, Yellow Elder, will become Fins, and the Admiral’s Steakhouse will be called JWB Prime Steak & Seafood. The sports bar will become LandShark Sports Bar, and the fitness center and spa will become Fins Up! Fitness Center and St. Somewhere Spa. 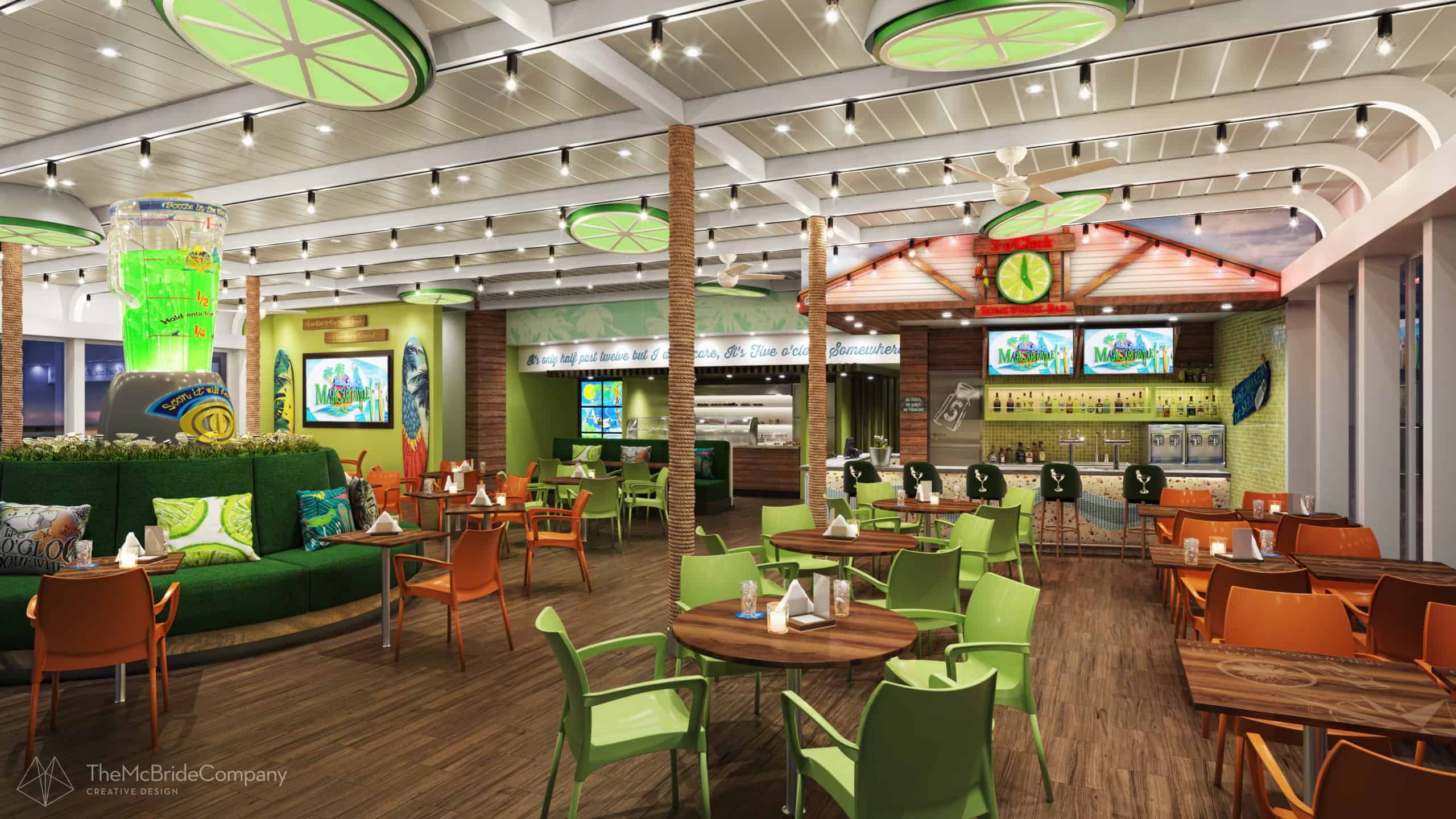 The cruise line has also said that it plans to create a “beach experience” for passengers in the Bahamas, such as an exclusive Margaritaville Beach Club.

After the cruise industry shutdown, the ship began sailing again in July, resuming its normal schedule of roundtrip cruises to Freeport. Last week, it entered into dry dock for the Margaritaville redesign.

Bahamas Paradise sold its other ship, Grand Celebration, during the cruise industry shutdown.

To book a cruise on the newly rebranded Margaritaville Paradise, visit margaritavilleatsea.com.

READ NEXT: Jimmy Buffett’s Margaritaville Cruise Ship: What You Need to Know