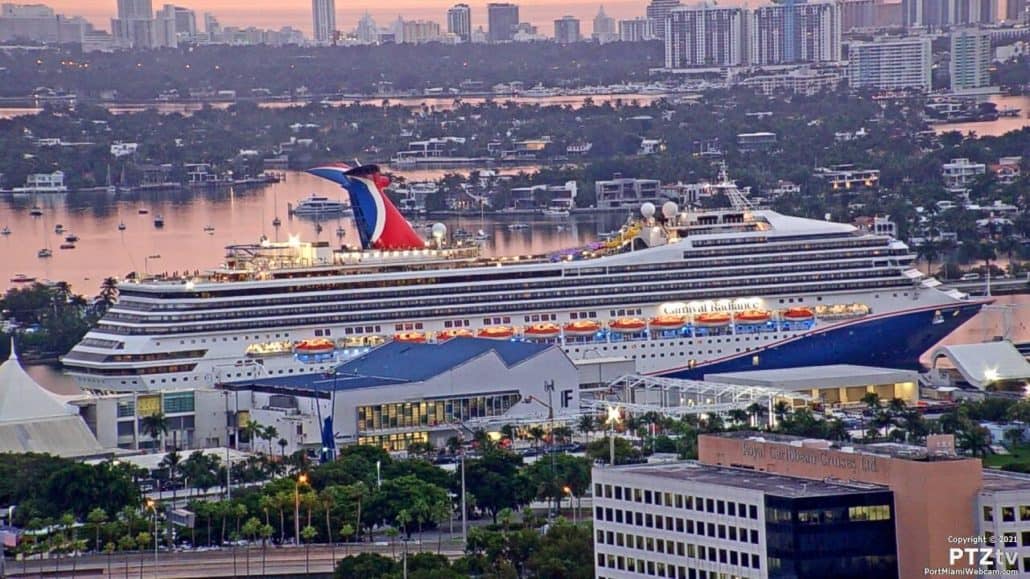 Last week we reported that the vessel had departed the shipyard in Cadiz, Spain and embarked on a transatlantic crossing bound for the Bahamas.

She arrived in Freeport early on Wednesday morning, October 27. While in the Bahamas, the ship took on fuel and started the staffing process. Each returning crew member is tested and required to undergo a two-week quarantine after joining the ship. 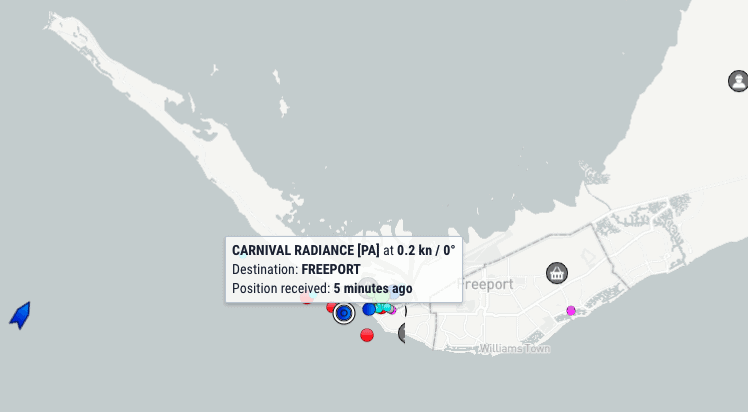 Carnival Radiance outside of Freeport, Bahamas. (Screenshot from Marine Traffic)

This morning, Carnival Radiance officially arrived in the United States when she made her way into PortMiami for provisioning and to take on more crew.

Soon, the vessel will head towards the west coast to her new homeport of Long Beach, California.

Carnival Radiance is not a new ship, rather the former Carnival Victory with a shiny new name.

The renaming reflects a massive $200 million renovation project that transforms the vessel into one of Carnival’s Sunshine-class ships — all vessels that have been overhauled and renamed. 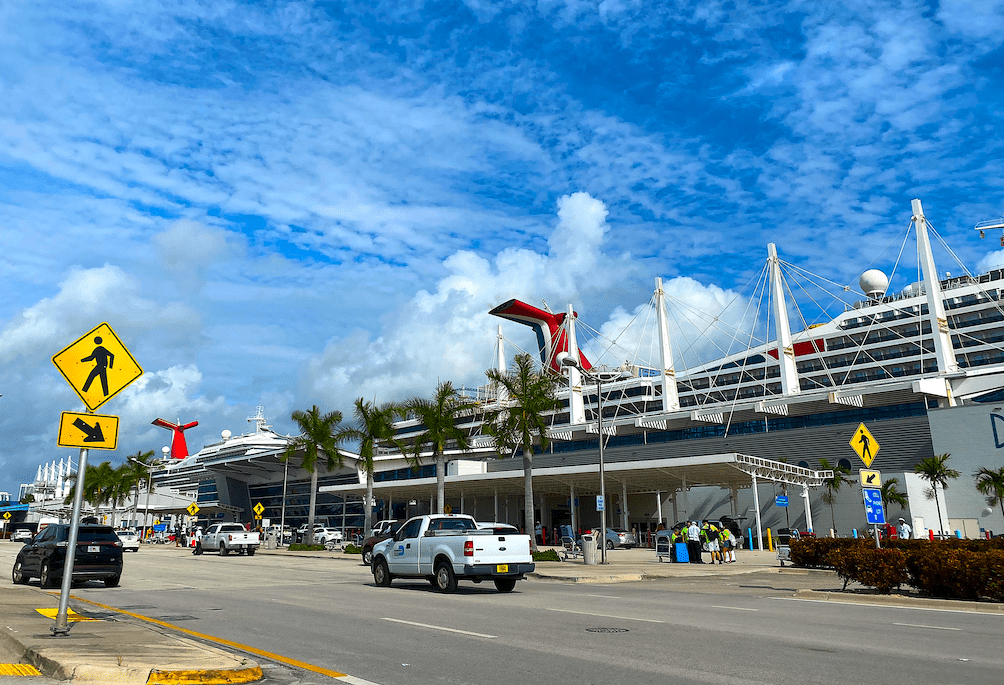 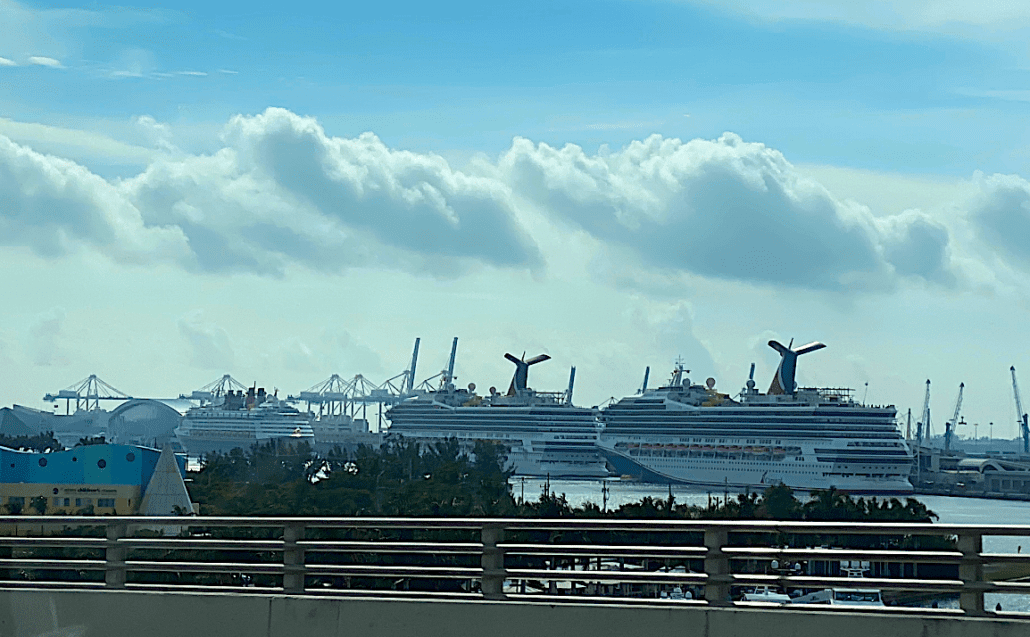 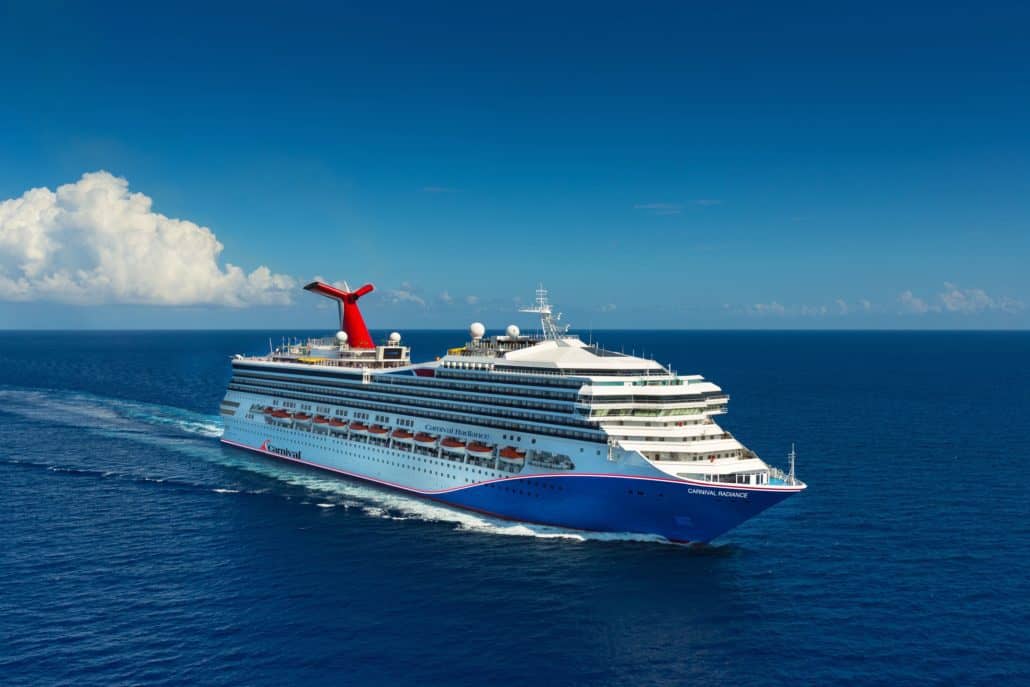 There, the vessel will be joining Carnival Panorama — a new build that debuted in 2019, and Carnival Miracle which was introduced in 2004.

Send this to a friend
Hi, this may be of interest to you: Refurbished Carnival Radiance Arrives in Miami [PHOTOS]. This is the link: https://cruiseradio.net/carnival-radiance-cruise-ship-arrives-miami-florida-photos/